Wow. There has been a marked absence of blogging. I don't think there have been three months between posts since I began blogging.

But life outside the classroom has been nearly all-consuming, and blogging has taken a backseat to everything else.

I've missed it, though, and have wanted to blog about SOMEthing.

There are several little things I thought of that might warrant a blog post, but I didn't know if I could make a full post out of any of them. So I decided to just combine a few random, unrelated thoughts about things going on in my classroom into a single post. Some of them might become stand-alone posts at a later time. 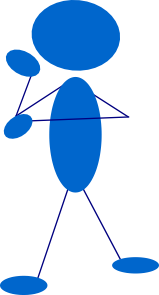 Self-Checking Google Forms
This probably needs its own post at some point. With the help of my new 8th-grade colleague, this is the "new" tech thing I've implemented this year that I really like. Students seem to like it and benefit from it, too.

We create a Google Form with "sections" and use "response validation." Students can't get to the next question until they answer the current question correctly. If a student attempts a question a couple of times and doesn't have the correct answer, he/she asks for help.

A few students will try to guess answers until they accidentally get it right, but most students give it an honest effort.

The "response validation" is not perfect, but Google Forms is improving it over time.

I have started using the Google Forms for test practice and any other time I don't have a self-checking activity I like better.

We're also learning how to use "Equatio" to make correctly-formatted math questions easier, and the use of Google Forms is becoming more and more attractive.

Notice-Wonder
Since my first notice-wonder activity with the Pythagorean Theorem, I've been a fan. I don't use it as often as I should, but it's a great way to get kids thinking and making connections before they know specifics of a topic.

At the suggestion of a Twitter friend, I used the technique to introduce point-slope form to my Algebra 1 students. I gave them things they were familiar with - slope-intercept form, standard form, and the slope formula - along with point-slope form and asked them to record what they noticed and what they wondered.

The introduction and foundation-laying for point-slope form took almost two full days, but students struggled much less with the concept than any group before. In fact, I noticed a difference in students who missed one of the foundation days and those who received the full lesson.

The notice-wonder activity also let me know of misconceptions students had with things we had already covered, and I was able to address those.

Early Finishers
This is something I struggle with yearly. I have a few students who breeze through a day's activities and have lots of time leftover. I never want to punish them with more work, but I would like to be able to extend their understanding and knowledge in ways they wouldn't consider "busy work."

While looking through some resources I hadn't looked through in a while, I found some "challenge" problems. Most of my early finishers are highly motivated and like math. They like challenges that are presented as puzzles and they consider "fun."

I printed a challenge problem and gave it to a boy who was finished with some work I had intended to last another class period (and most everyone else needed that time). He played with it some, asked me questions about it, and got better and better at the process as he worked through the problems. Then...and this was the best part...he shared it with another student and wanted them to work on it together.

I need to be better at having the "next thing" ready for early finishers (like I did last year in my attempt at self-pacing), but I also need to have fun problems ready for them to tackle. I will be on the lookout for them, probably using sites such as Open Middle and other places that have interesting problems.

The Seekers
This is something I've noticed this week in a couple of my Pre-Algebra students. They have found a thing or two we've mentioned in class and are examining it on their own. One student has become all about pi. He wants to memorize lots of digits - I will have to finally do the Pi Memorizing Contest for Pi Day this year - and as I give him facts about pi, he looks them up and shares with me other things he's found.

One student took an interest in systems of equations this week. In Pre-Algebra, we introduce systems, and they solve them by graphing and substitution, where both equations are in slope-intercept form. On a day with a substitute, I assigned a practice sheet where some of the equations were in standard form and didn't change nicely to slope-intercept form (I gave students the answers to those problems). The next day, this student asked what it meant when x and y were "together" in an equation and if it was possible to change that to slope-intercept form. Then, as we discussed how many solutions a system can have, he said, "Ohhhh...that's what that meant on yesterday's work! I was trying to figure it out!"

I need to be better at finding the little things that interest students and figure out how to give them just enough information to make them want to know more, thus transforming them into the mathematicians they don't realize they are.

So...there's my rambling blog post. A brain dump. Hopefully, I'll eventually have the time and energy again for more frequent posts on specific lessons and methods from my classroom.
at February 11, 2018 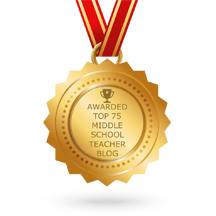